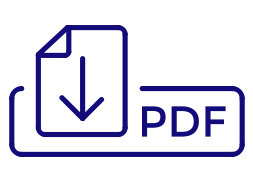 
The famous Marian pilgrim centre, Church of Our Lady of Immaculate Conception also known as Pullichira Church is located at a distance of 12kms from Kollam. The shrine, situated in scenic surroundings on the banks of Pullichira lake in Mayyanad Panchayath, is the most ancient diocese of Kollam.Pullichira's Immaculate Conception Church has a statue of Our Lady that washed ashore in 1520. The church now stands by the Pullichira lake and is open on all days between 6am and 9pm. The history of the church dates back to 16th century AD. The original church was built by the Portuguese in 1572, and a miraculous statue of our lady was installed at the top of the beautifully carved wooden altar. It is believed that this statue was washed ashore in a box. In 1974, a new church was built here, preserving the altar. The church was declared a Marian pilgrimage shrine in 2004. The feast of Our Lady of Immaculate Conception church, held every year during the second and third week of December, attracts thousands of devotees irrespective of their faith and religion. This is a 10 day long festival and during the last three days of the feast, the miraculous statue of Mother Mary is brought down from her position above the alter and taken around the church in a procession. Besides this, other feasts celebrated here are St. Sebastian's feast (January), Lourdes Matha feast (February), St. Joseph's feast (March), St. Antony's feast (June), Carmelite Matha feast (September) and Fathima Matha feast (October).

May Mother Marys abundant blessings be showered on all her devotees. Immaculate Conception Church Pullichira is one of the famous pilgrim centres of South India. The Christian presence in Pullichira dates back to post 52 AD found by St.Thomas's disciples. First it was a Malankara church, later a Roman Catholic church and at present a Latin Catholic church. Our Lady of Immaculate Conception is widely known among Christians here and other religious devotees as ‘Pullichiramathav’.

A parish is the epitome and symbol of Christian love and fellowship. It was mother Marys divine will for Pullichira to be known as a pilgrim centre in her name by her miracles throughout generations. Our church and the Laity could exercise a great influence on all shades of life in the society we live. Over the years our parish have served the society in many meaningful ways and has been a powerful instrument in social development. There are about 2000 families in the parish. The parish is divided into BCC (Basic Christian Community) unit where parishioners gather weekly or monthly for prayers and Christian fellowship.


Along with spiritual formation and catehism , talents of youngsters are nurtured with competitions conducted every year were winners are taken to diocesan level were they have excelled several times and made Pullichira pride. The parish makes sure maximum number of students participate in logos quiz and thus encourages students to study the sacred/ holy scriptures. Annual retreats and vocation bible class are also arranged to renew the younger minds and strengthen the faith of children.

The main Nercha (offering) of our church is ‘Palayum kayarum’ (image) along with ‘Uppum Mulakum’ (salt and pepper) for skin disease and others. During feast procession while our Ladys holy statue is carried by her devotees on their shoulders with prayers and placed in the shrine near to the church, devotees who get ready to roll on the sand ground as part of their offering dips themselves in the lake to get wet and later roll on the ground and there after dips themselves again to wash the sands off. Devotees bring in Nercha podi (crushed and mixed wheat or rice with jaggery), gold, money, silver or metal replicas of human body parts, house and cradle, adima kettal ( priests blessing).


There is an interesting story behind how the Immaculate Conception Church was built in Pullichira. It dates back to 16th century A.D. A Portuguese ship was caught amidst a raging storm in the Arabian Sea. The sailors feared that the heavily loaded ship would be easier to sink to the bottoms of the sea so they decided to throw some heavy goods overboard to lighten the ship. The prayer room of the ship held the sacred idol of Our Lady of Immaculate Conception. Unwillingly the sailors decided to pack the sacred image in a box to be tipped into the sea.Miraculously, as soon as the box touched the turbulent waters, the storm ceased and the sea calmed down. The overjoyed sailors believed that Our Lady had rescued them from a shipwreck and a watery grave. They rejoiced and sang in praise of Her and the Almighty. With tears of joy the sailors vowed to build a church in the name of Immaculate Conception in the land,the box with the sacred idol had touched. Next day, the beautifully sculpted, wooden idol was brought to Pullichira lake. The devotees sanctified the holy idol in their place of worship. Interestingly, whenever he offered the prayers, the priest used to have revelations. During one of such occasions it was revealed to him that Mother Mary’s idol should face east. This is the reason why the local devotees praise her in their regional language as "Kizhaku Nokki Amma or Mala Nokki Amma". The Portuguese sailors continued to visit the holy place blessed by the presence of Mother Mary’s sacred idol and decided to build a church. With the help of Her enthusiastic devotees and the priests of Kollam Diocese, they built an exquisite church in her name. A beautifully crafted wooden altar in ethnic Christian style was brought from Portugal and the holy image of Immaculate Conception was consecrated atop the altar facing east. The construction of the church was not without any obstacles. While they were constructing the church, the Portuguese faced shortage of potable water. With a firm belief that Mother Mary would again rescue them from this predicament, they prayed to Her fervently. One more miracle of miracles happened and the salty lake water turned into a sweet, fresh water lake overnight. That solved their problem of water for consumption and construction of the church. This miracle earned her another name in the regional language as " Uppu Vellam Nalla Vellam Aakiya Amma" ( Holy Mother who turned saline water into freshwater). This was not the last of numerous miracles that have happened in this holy place. As a result of thousands of reconciliations and prayers of Her devotees who praise Her as "Pullichira Mathavu" miracles continue to happen with the intercession of Our Lady till date.


The community of believers in Pullichira was transformed into a Parish in A.D. 1627. In 1974 the Parish members reconstructed the church built by Portuguese mariners almost two hundred years ago in 1572. Although, the altar facade remains the same and the sacred idol of Immaculate Conception is still sanctified in the same altar. The hand sculpted, artistic altar presented by the Portuguese attracts hundreds of pilgrims and tourists from around the world who flock the church to seek blessings for Our lady and admire the beauty of the façade. On 8 December, 2004 the church was pronounced as Marian Pilgrim centre by the Pope on behalf of all the faithful pilgrims who come to pray, seek miracles and blessings of Immaculate Mother as well as the entire contingent of pious devotees of Pullichira Parish. Preserving the antiquity, ethnicity, symmetry and the architectural excellence, the refurbished church was recently blessed on 1 December 2011. 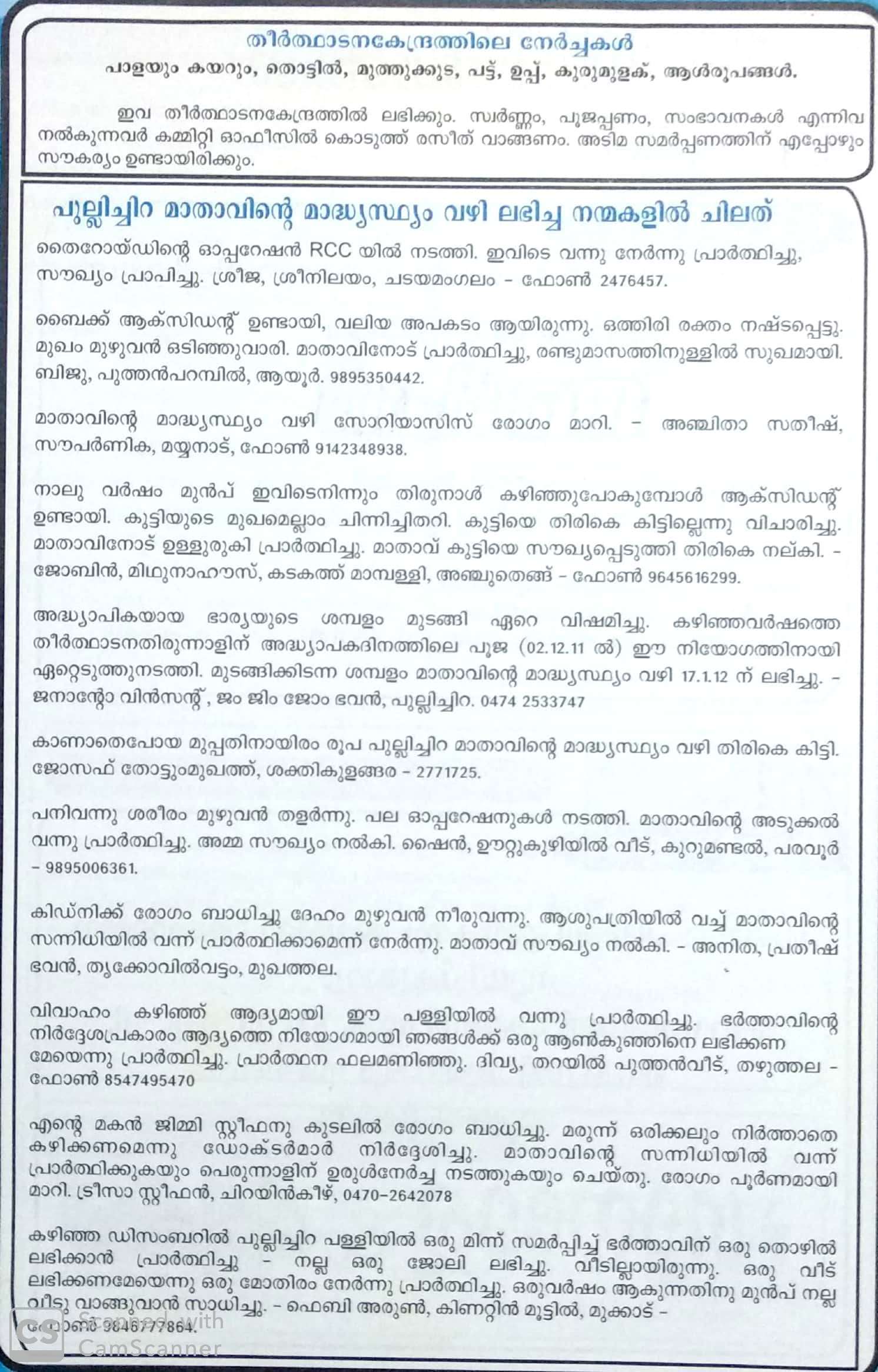 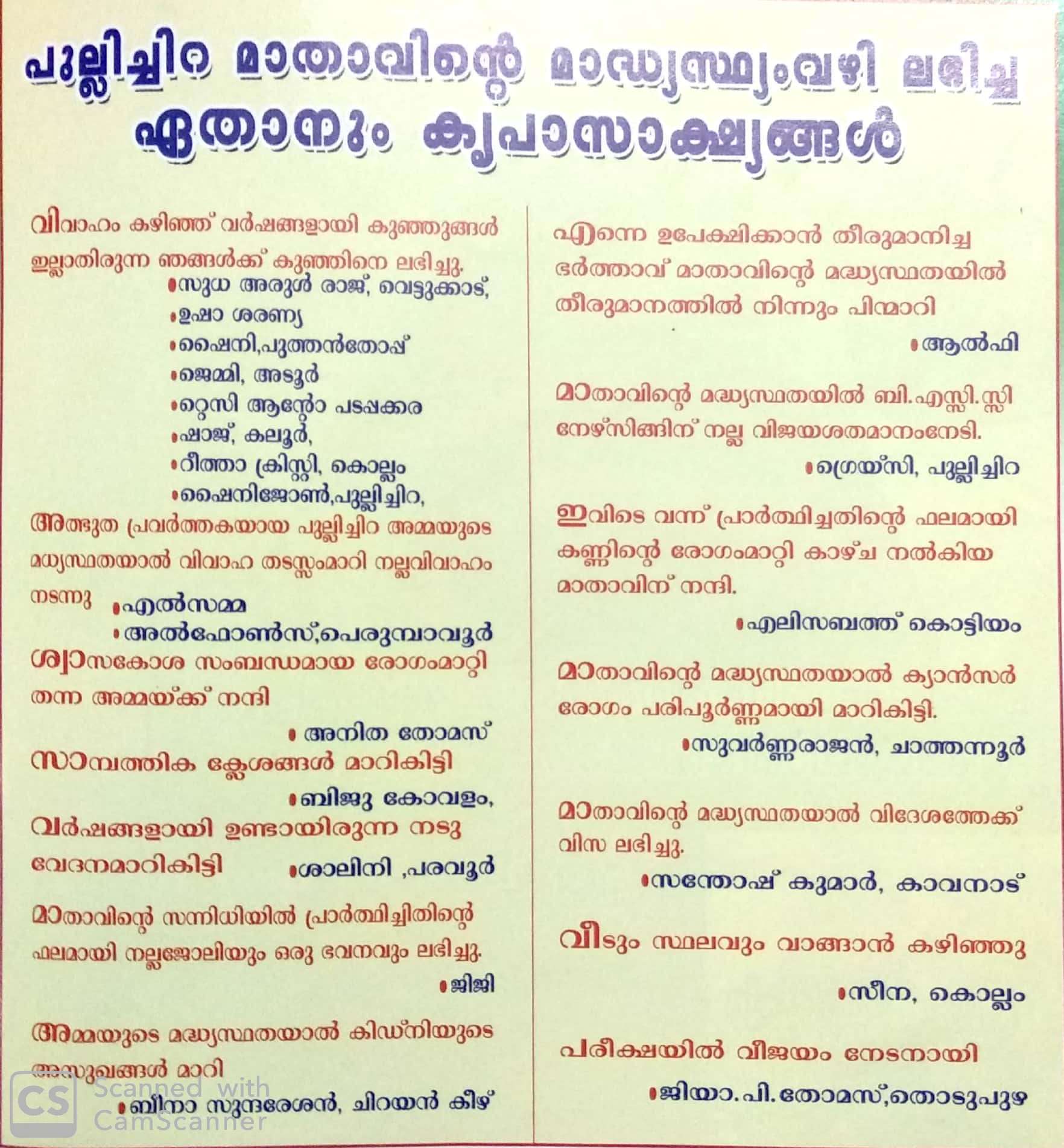 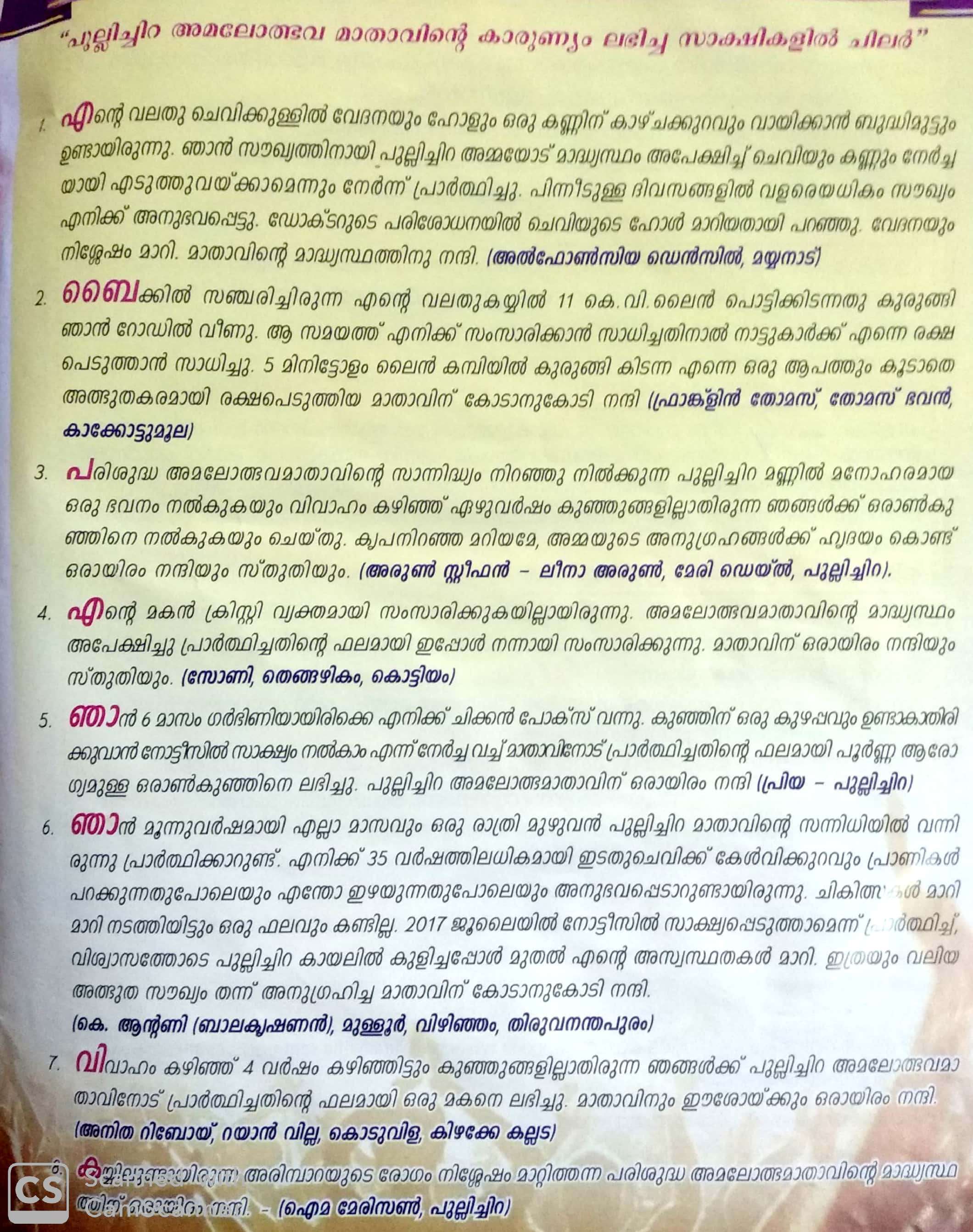 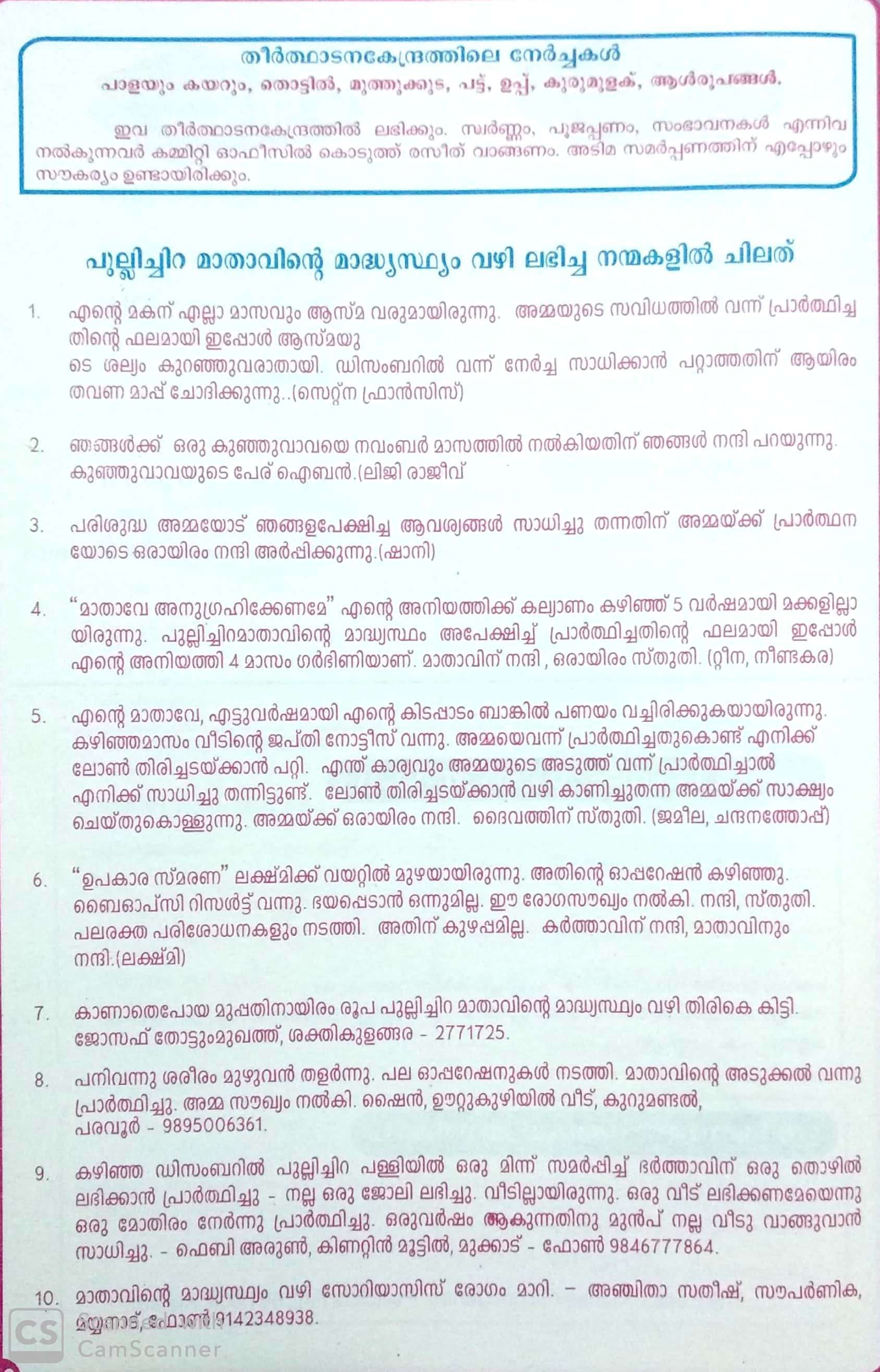 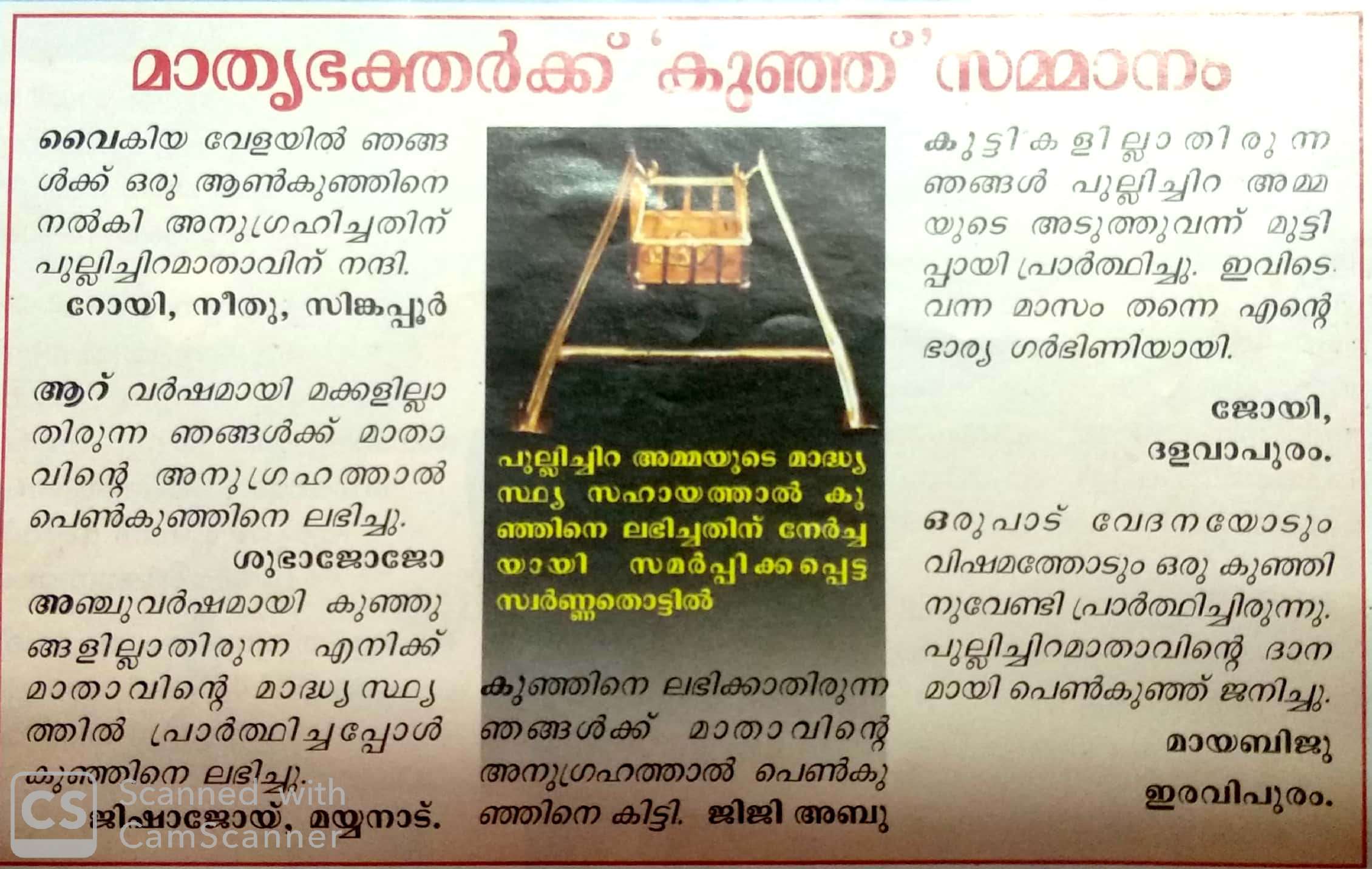 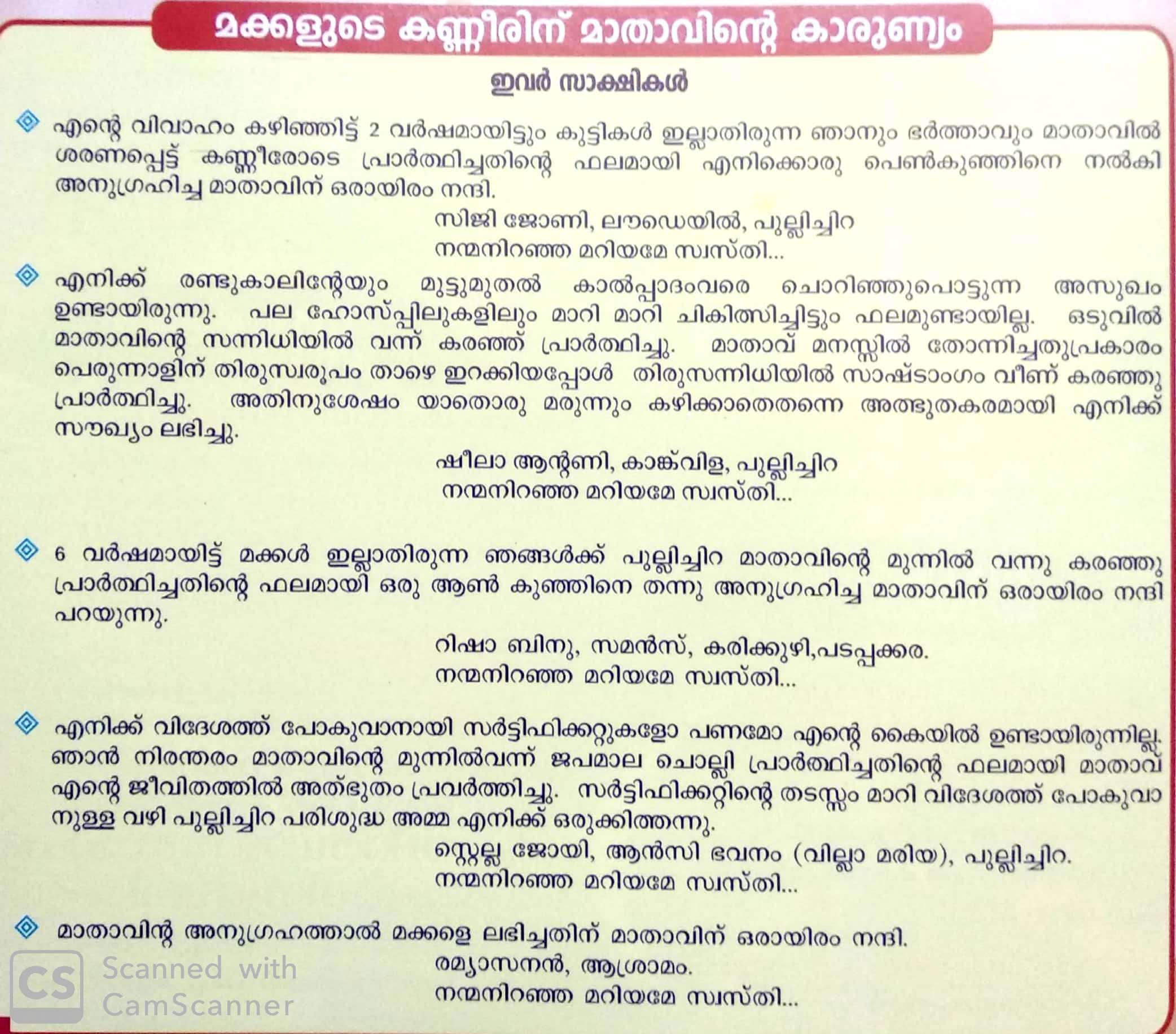 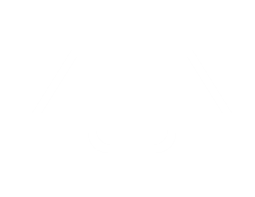 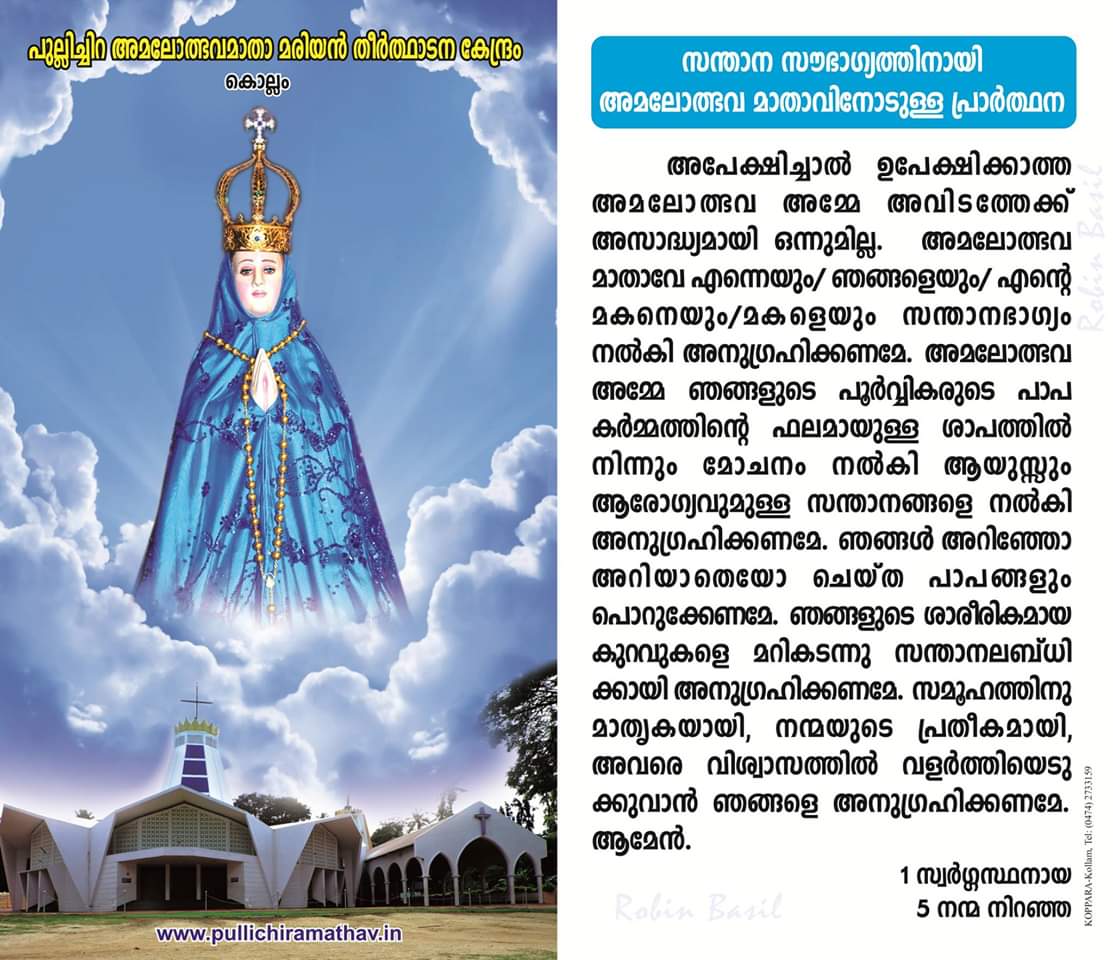